This page contains a detailed table of local random pattern flaps that can be used to reconstruct defects within any region of the body. 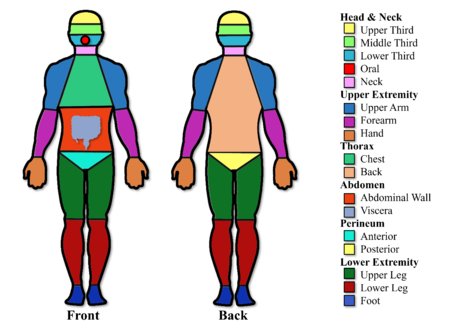 Self-assessment
Page data
Retrieved from "https://www.appropedia.org/w/index.php?title=Random_Pattern_Flaps_(Non-Regional)&oldid=614621"
Cookies help us deliver our services. By using our services, you agree to our use of cookies.
Categories:
Maintenance categories:
Comments
Privacy policy · About Appropedia · Disclaimers · Mobile view · Content is available under CC-BY-SA-4.0 unless otherwise noted.
</html