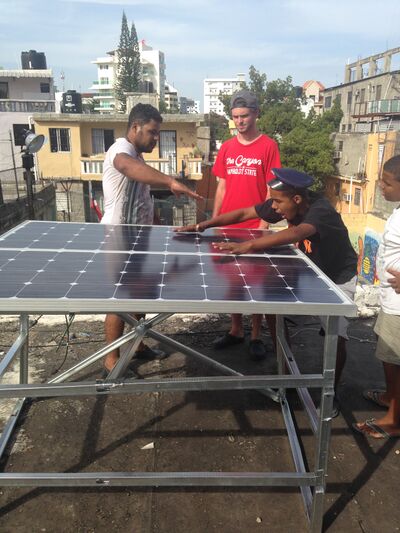 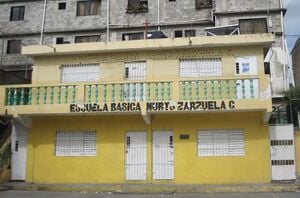 During the months of May through July in 2014, students from Humboldt State University in the Practivistas Dominicana Program worked in collaboration with Universidad Iberoamericana (UNIBE), Collectivo RevArk, and the community of La Yuca. La Yuca is a small community located in the city of Santo Domingo, Dominican Republic. A group of five students consisting of Noah Coor, Jackson Ingram, Emily Klee, and Jeff Mosbacher worked with community members and school staff to design a photovoltaic system to provide power for the electricity needs for two of the four schoolrooms in La Yuca for when the power goes out. There are four schoolrooms that are powered by the grid. Currently, there is a small solar panel that provides power for lights in the school's storage room, however it is not functional.

Step-by-step instructions on how to recreate a solar PV system similar to this project.

How to Size the System: 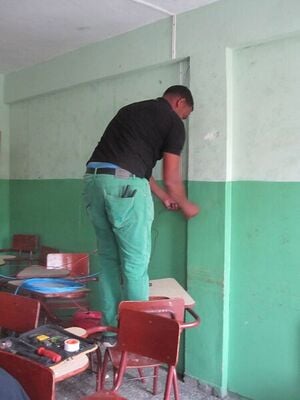 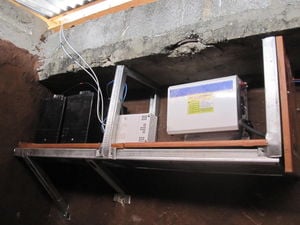 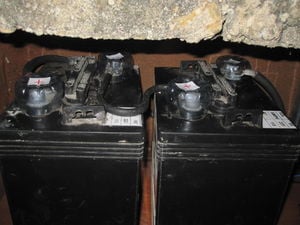 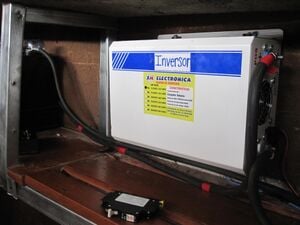 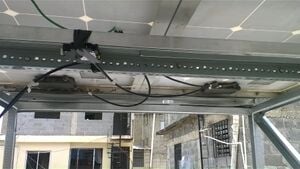 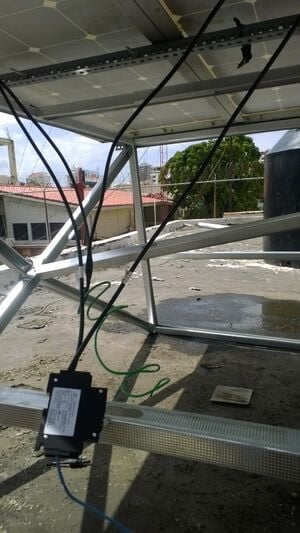 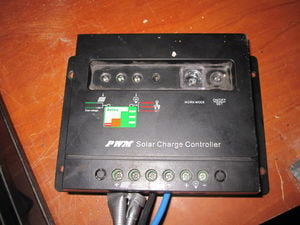 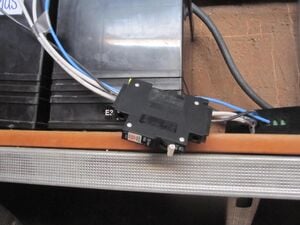 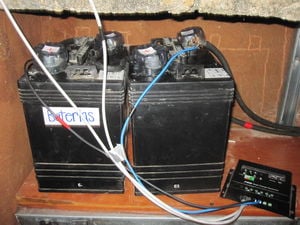 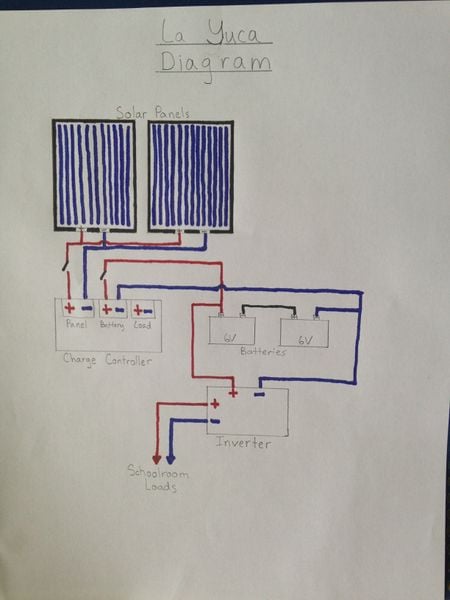 The Renewable Energy Team of 2014 consists of the following Humboldt State University Engineering students, as well as Javier Duran Jr. from La Yuca. Also, a very special thanks to Tito from the La Yuca Community for providing his expert electrical knowledge and help, as well as Jose (also from the La Yuca Community) for his help with the construction and installation of the hardware for our system. 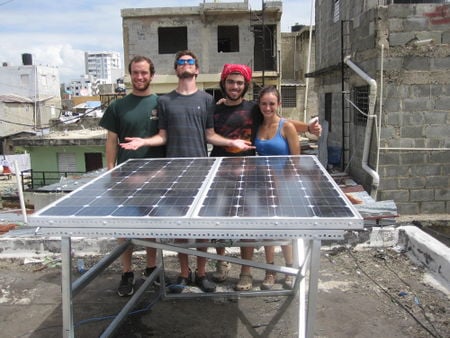 
To learn more about what the 2015 solar team accomplished, go to Practivistas solar 2015 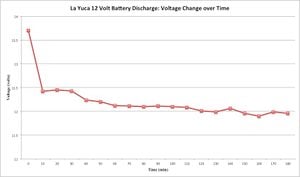 
The two 6V batteries initially read 13.7V when the system was completely charged. After three hours with the loads from the table below on, the voltage of the batteries read 11.96V. According to the Depth of Discharge table from http://www.solar-electric.com/deep-cycle-battery-faq.html, the batteries were discharged 60%. This means that the La Yuca school can run their loads for three hours on a cloudy day and still have some energy left in their batteries. 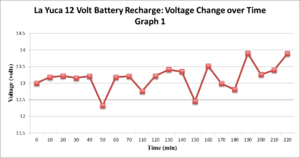