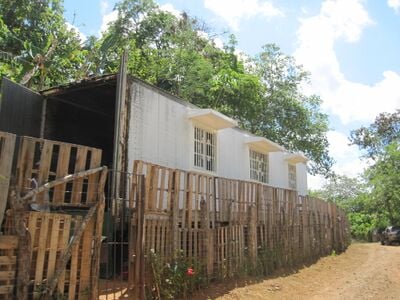 Image of shipping container at the Ghetto2Garden site

The following page will cover a variety of topics concerned with providing renewable energy to the Ghetto2Garden site in Dominican Republic. The background goes over the current conditions of the Ghetto2Garden site, as well as introduces the Renewable Energy team members. In the Problem Statement section a table is provided with the criteria and constraints of the project with a weight attached to each. The Literature Review covers a variety of topics related to renewable energy. Next, a timeline with descriptions of the project steps and completion dates is provided followed by a table with our project costs. Lastly, the page goes on to describe the step by step process by which a PV system is sized and installed.

During the months of May through July in 2014, students from Humboldt State University in the Practivistas Dominicana Program are working in collaboration with Universidad Iberoamericana (UNIBE), Collectivo RevArk, and Ghetto2Garden. A group of five students consisting of Noah Coor, Jackson Ingram, Emily Klee, and Jeff Mosbacher are designing a project to provide solar energy that will power the electricity needs for Ghetto2Garden. Ghetto2Garden needs power for lighting, outlets, and a waterpump.

The objective of this project is to design and implement an alternative energy system that can produce power for Ghetto2Garden.

Here is a link to a review of the literature pertinent to the 2014 alternative energy project.

Listed below is a timeline of the events of the Renewable energy team and the objectives that were completed. This section includes a cost analysis of the project and its required materials, as well as a "How-To" table for the steps needed to size and assemble a Photovoltaic System.

Step-by-step instructions on how this system was created.

How to Size the System: 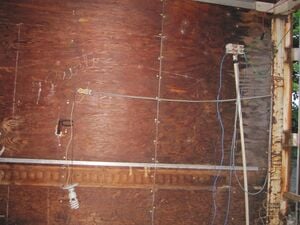 Caption
After obtaining all required materials, make sure the loads are properly wired.
2 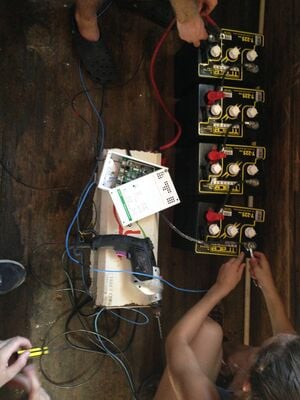 Caption
Wire the batteries together in series, then connect to the inverter.
3 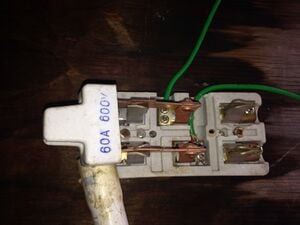 NOTE: This step is specifically for this project, and may not apply to other systems.
4 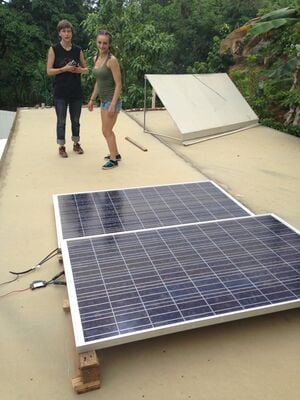 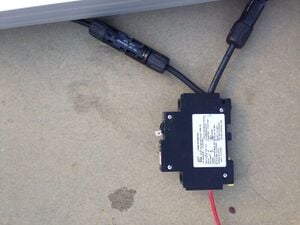 Caption
Connect the positive wire from the PV array to the 30Amp breaker, then into the charge controller. Make sure the breaker is switched to the off position.
6 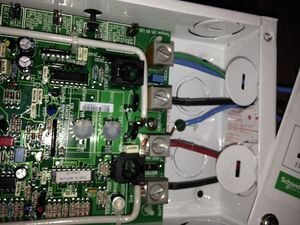 Caption
Connect the negative wire from the PV array into the charge controller.
7 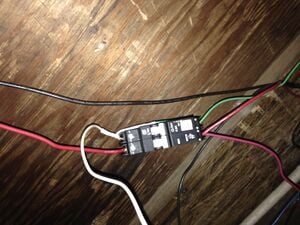 Caption
Connect the positive wire from the batteries to the 63Amp breaker, then into the charge controller. Make sure the breaker is switched to the off position.
8 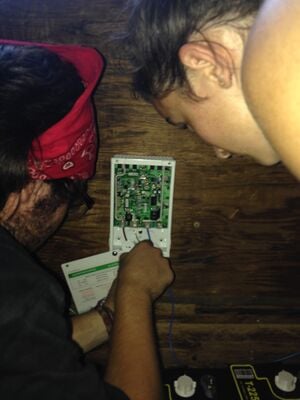 Caption
Connect the negative wire from the batteries into the charge controller.
9 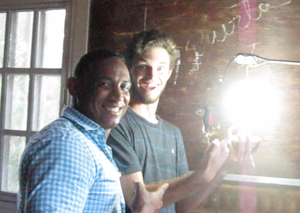 Caption
Flip the switch on the 30Amp breaker to the on position, and then do the same for the 63Amp breaker. Turn on the loads to see that the system works. 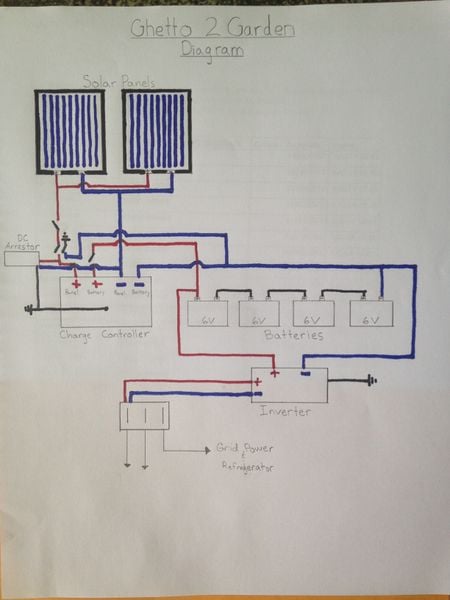 In order to keep this system up and running efficiently, periodic checks are mandatory. These check-ins involve inspecting the wires for all aspects of the system, and monitoring the solar charge controller. The panels must also be cleaned once a month, or after a storm in order to maintain panel efficiency. The batteries must also be replaced after their lifespan has ended. 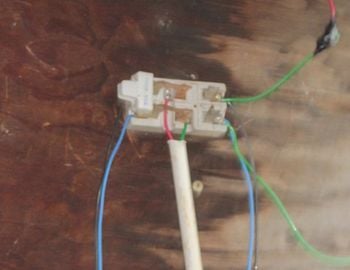 Image of switch flipped to the left, using solar power

The following section addresses the teams results for the system at Ghetto2Garden, and discusses the things that could be added to improve the system as well as instructions for future users to troubleshoot the system.

Upon completion of the installation of the solar PV system at Ghetto2Garden, the team was successfully able to verify the working condition of the system. After turning on both the breakers, the final test was to turn on the loads, which successfully worked.

Some of the lessons that we learned while installing the PV system at Ghetto2Garden are discussed below.

The following are additional steps that groups in the future can do to improve upon the system at Ghetto2Garden.

Below is a chart that details some problems and solutions for the charge controller and other PV system components.

The Renewable Energy Team of 2014 consists of the following Humboldt State University Engineering students, as well as Javier Duran Jr. from La Yuca. Also, a very special thanks to Tito from the La Yuca Community for providing his expert electrical knowledge and help. 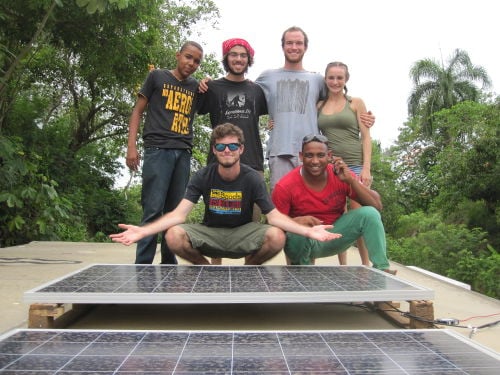 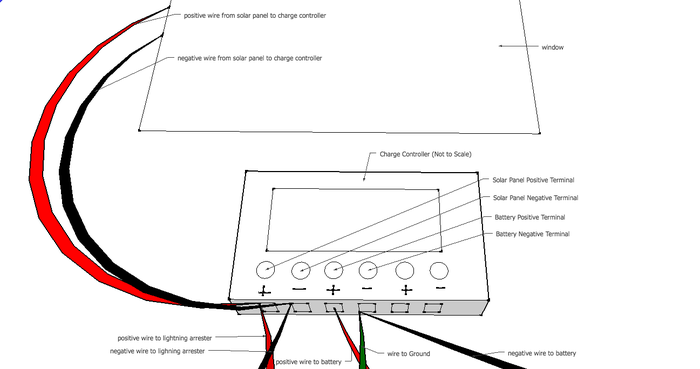 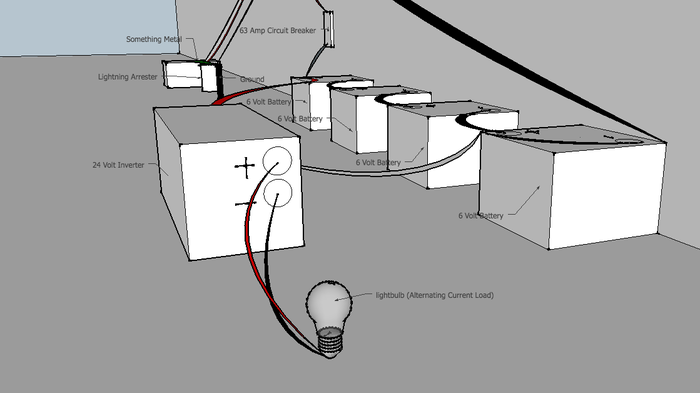 A year had passed and the 2015 solar practivistas team traveled to the remote location of Ghetto2garden to see how the 2014 installation has held up. Throughout the six week project, we traveled to Ghetto2garden three times. The first time was to touch bases with Tomas about he system throughout the past year, analyze the functionality of the system, and retrieve any components that were in need of repair. We had only planned on going to Ghetto2garden twice but on the second trip more issues arose. The third and last trip to G2G time was spent tying up loose ends and a fully functioning solar energy system was established once again.


To learn more about what the 2015 solar team accomplished, go to Practivistas_solar_2015

In our first visit, the team was informed that rats had gotten to the inverter so Tomas and his crew had taken apart some of the system components to try and fix it. In the process of rewiring these components, it was rewired incorrectly and the inverter still needed to be fixed. In the second trip, the team discovered that the charge controller was also broken but the cause was unknown. The batteries were wired incorrectly, two negative terminals were connected and two positive terminals were connected. After the two visits, what G2G needed to do was fix the inverter, fix the charge controller, and rewire the system. 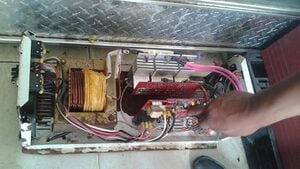 Arriving to ghetto2garden, the system was analyzed and we were told it had been completely taken apart and rewired incorrectly. The inverter was broken so it was decided to fix the inverter and continue with follow up maintanence on the entire system on the next trip.
2 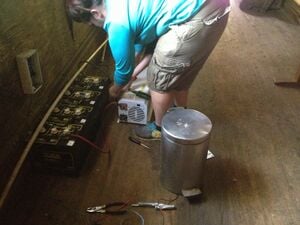 The team had fixed the inverter and was ready to return and follow up on the maintanence checks. When returning, it was realized the state of system was worse due to rats chewing through wires and the charge controller was not functioning. Luckily the panels and the rest of the system were working perfectly fine. The batteries were wired incorrectly but then once reconnecting them positive to negative and they started working. The lightning arrester needed to be rewired and fixed up, along with the charge controller.
3 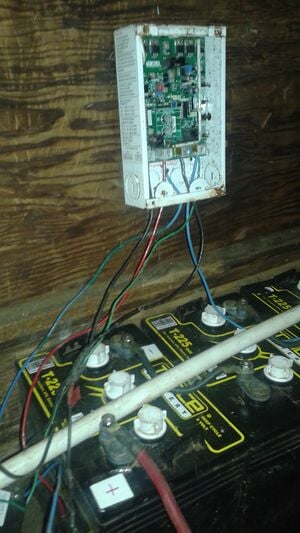 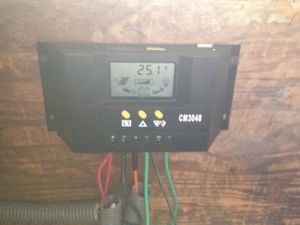 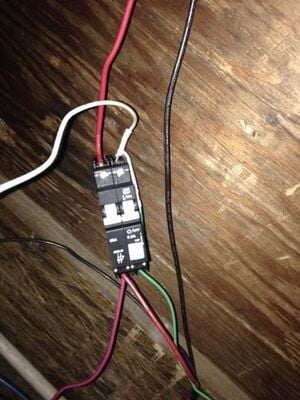 Ground Fault Prtection
The original charge controller was replaced because it was not working. The ground fault proection was also removed because it made the system wiring more complicated. Because of the removal of the ground fault protection, the lightning arrestor was then wired with the PV positive (red) and PV negative (black) to the charge controller and the ground (green) for the lightning arrestor was wired into the battery negative.

Throughout the three trips to G2G, the solar team learned with everyone the wiring of a system and how each component is wired together precisely with the assistance of Tito (an electrician from La Yuca). After many sweaty hours, many animals and many mangoes, the solar energy system was fully functioning again. Although our time with Tomas and his partners was very brief it was greatly enjoyed and I'm sure they look forward to future solar practivistas to return. 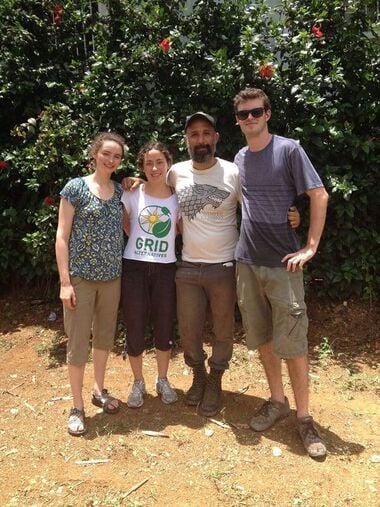