Conservation pricing is another method used to encourage consumers to reduce water consumption and thus reduce or eliminate the need for new or existing dams. It involves creating financial incentives for consumers to use less water, while at the same time not making water supply cost prohibitive for any particular user. The purpose is to expose consumers to the “full costs” of water and discourage waste by targeting their most precious resource: the pocketbook.[1] Municipalities in arid regions have been known to implement conservation pricing in the form of increasing block rates. Block rates are typically tiered for different usage levels so that users pay higher rates as they consume increasing amounts of water. Rates for customers who fall in the upper block can be three times the rates of users in the lower block.[2] Cities like Tucson, Arizona and Edmonton, Canada are creating rate structures that have resulted in the cutting of household water use by 10 to 15 percent.[3] While conservation pricing can be used to reduce residential water consumption, the impacts are more noticeable in the industrial arena because industry uses more water and is normally more likely to obtain volume discounts. A study by Janice Beecher in 1994 found that a ten percent increase in price decreased residential demand by up to four percent and industrial demand by up to eight percent.[1] Experts suggest that rate plans be designed to consider the local population’s ability to pay higher prices. While this may involve offering discounts or assistance to low-income families, it could allow for the targeting of highly wasteful industries. Eliminating volume discounts and using increased rates are methods of encouraging industry to implement some of the other conservation techniques discussed in this report.[1] 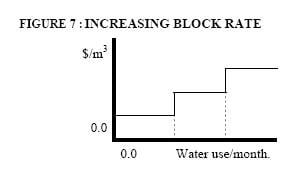 Conservation pricing can reduce consumption without the capital expenditures associated with other water supply strategies. While conservation pricing may not result in the removal of a water supply dam, it is a tool that decisionmakers could adopt to stretch existing supplies and delay or eliminate the need to construct new dams.

While conservation pricing could preserve water resources, there are several institutional and public barriers to implementation. Many water systems are publicly owned and overseen by elected officials subject to the whims of politics. These officials might resist implementing higher prices for fear of retaliation at the voting booth. Setting higher rates could also be constrained by regulatory codes that vary across state and local jurisdictions. For example, at the federal level, the Clean Water Act determines how prices are set for wastewater treatment plants funded under the program.[1]

Capital costs are virtually nonexistent for municipalities looking to implement conservation pricing. Consumers, however, could see their water rates increase as the amount of water they consume increases. See the chart on the preceding page for an example on how these rate structures would work.[4]

From 1986 to 1992, the city of Santa Barbara, California experienced one of the most severe droughts in its history. This coastal community, which derives its water supply from a local aquifer and the Santa Ynez River, was forced to become more resourceful in meeting basic water needs. As part of a comprehensive water supply plan, they developed a desalination plant (discussed later), and increased the water rates three-fold through the course of the drought, switching to an increasing block rate structure in 1989. While it is difficult to separate the impact of conservation pricing from the education campaign and other conservation measures undertaken, water use dropped to 46 percent of pre-drought levels at the height of the drought. Five years after the drought ended, water use still held at 61 percent of pre-drought levels.[5] If water savings such as this could be achieved in other watersheds, smaller, non-essential dams could be removed and the need for new dams diminished.

For more information, contact Stephen Renehan at the University of California, Santa Barbara School of Geography or download the full case study online at http://www.geog.ucsb.edu/~renehan/awra_article/article.html. 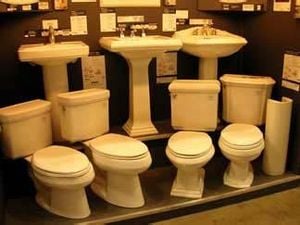 When selecting a new toilet, be sure to consider all of your options. Cheapest may not be best. New and up-and-coming models include composting toilets, dual flush, and flapperless toilets. (Water Saver Home, http://www.h2ouse.org)

A key component of reducing the reliance on water supply dams is making the process of providing water as efficient as possible. While the minimum amount of water required by the average person for drinking, cooking, bathing and sanitation is considered to be 13 gallons per day, the average person in the United States uses between 65 and 78 gallons of water for those same purposes.[6] According to a study conducted by the Organization for Economic Cooperation and Development, the United States has the highest rate of per capita water consumption among its member countries.[7] Municipalities and industry have the opportunity to reverse wasteful water practices and improve efficiencies by encouraging and/or mandating conservation, while individuals can become part of the solution by implementing conservation practices in their own homes. Techniques for reducing indoor water use include installing low-flow water fixtures such as toilets, shower heads, washing machines and dishwashers; detecting and repairing leaky pipes and fixtures; and implementing educational campaigns to reduce wasteful practices such as running water when washing dishes or brushing teeth. Outdoor conservation can include using water-conserving landscaping methods such as drought tolerant planting and watering in the early morning or evening. While outdoor water consumption is the largest area of residential water use, bathroom fixtures consume the majority of indoor water in most households. The Energy Policy Act of 1992 established a national manufacturing standard of 1.6 gallons per flush for most toilets. By replacing one old toilet with a newer 1.6-gpf model, toilet water use can be reduced by up to 46 percent. The EPA estimates that use of these high-efficiency toilets in new construction projects along with standard replacements will result in a savings of 7.6 billion gallons per day by 2020. Many municipalities are even offering incentives to replace old toilets with high-efficiency versions.[8] The theory behind high-efficiency toilets can be applied to other areas. The average five-minute shower sends 40 gallons of water down the drain. By installing a low flow showerhead or flow restrictor, consumers can save up to 30 gallons per shower.[9] Fixing leaks can also save several thousand gallons of water. A slow-dripping, leaky faucet wastes 5,475 gallons per year. 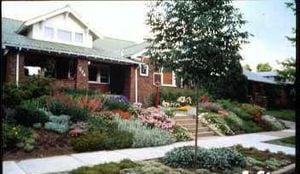 To curb outdoor water use, homeowners, businesses, and city planners must find a solution that is appropriate for the climate they live in. One solution is xeriscaping, which is a comprehensive landscaping method that employs drought-resistant and water-efficient gardening techniques in an effort to conserve water. It was developed in response to a severe drought that devastated Colorado in 1981. Instead of using turf and grass, xeriscaping encourages the use of mulch, which is functional for water retention, long-term fertilization and weed control. Drought-resistant plants are planted in groups, according to water needs, in order to utilize irrigation methods efficiently. In addition, placement is based on the optimal amount of sun exposure. Efforts are made to improve the soil, which subsequently allows for better absorption of water.[10] Homeowners who use xeriscape can expect to save a considerable amount of money on both maintenance and water use. Contrary to popular belief, automated sprinkler systems do not save water or money because owners rarely adjust them for weather or humidity variations. Manually operating a sprinkler system or using a hose where watering is needed is much more cost and water efficient.[11] 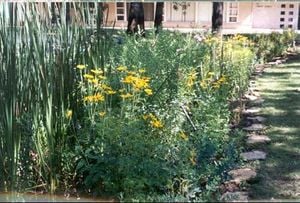 Many cities and states are undertaking intense conservation efforts to ensure water supplies for their growing populations.

The alternatives offered above are not new ideas and, in fact, have become commonplace. However, while there are laws mandating the use of high efficiency appliances in new building projects, there are few examples of large-scale efforts or incentives available for upgrades. As evidenced by some of the city and state programs referenced in the sidebar, efforts to increase water efficiency do work and could help fill the demand typically met by a water supply dam, especially in some of the smaller scale water supply systems that can be found in the Northeast and Mid-Atlantic regions of the country.

Depending on the scope of the project, cost can be a factor when installing new equipment (e.g., low-flow toilets) or replacing dilapidated pipes. There are also social considerations to take into account, such as resistance to low-flow toilets and showerheads because people feel like they are not getting adequate water. The biggest drawback of xeriscaping is the original cost of re-landscaping a yard. In addition, it takes an average of two to three years for the plants to reach full growth. Water conservation methods that rely on behavioral changes such as these may require ongoing educational efforts to maintain water-saving habits.

While the initial outlay for installing water-conserving fixtures can be substantial, these costs can be recovered - often rather quickly - through savings on water, energy and sewage. The Port Authority of New York and New Jersey at LaGuardia Airport implemented water conservation measures by renovating their restrooms. These measures included installing low-flow toilets, showerheads and faucets and implementing a leak detection and prevention program. Total cost for the equipment was $79,276, but they were able to recoup these costs within eight months through water and sewage savings.[13] For an individual looking to take initial steps to make their home more water efficient, rebates and other incentives can make switching quite affordable. New low-flow toilets can start at $61-$80 and go as high as $700.[14] Low-flow showerheads range from $8-$50 depending on the number of features. While xeriscaping can also save water and money in the long run, the initial landscaping costs are not insignificant. For example, the Southern Nevada Water Authority has estimated the cost of converting 1,275 sq. ft. to xeriscape at $2,130. However, they also estimate that costs can be recovered in the first five years, with a savings of $1,500 or more after ten years.[15]

Thanks to concerted citizen action, the Massachusetts Water Resources Authority (MWRA) undertook a coordinated effort to reduce water consumption to below the safe yield of the Quabbin Reservoir – thereby making a plan to divert the Connecticut River into the Quabbin unnecessary. The key to their success was demonstrating the cost and water savings potential of demand control measures, including a domestic retrofit program and a new retail water and sewer charge system. They also identified system leaks and unaccounted for water that were targeted for repair. Because of the consensus work of MWRA and the committee, metropolitan Boston decreased its consumption by 35 percent and was able to avoid additional diversions from the Connecticut River.

As part of their global water stewardship initiative, Unilever Home and Personal Care – USA wanted to demonstrate that conservation measures could have positive economic repercussions. In 1995, Unilever began implementing an extensive water efficiency program at its Cartersville, Georgia plant to prove just that. The company had put all aspects of the plan into effect by 2000, including:

Since implementing this program, Unilever has reduced its wastewater effluent volume by 77 percent at a savings of $20,000 per year for potable water. By downgrading their usage status, they are also saving an additional $85,000 per year in permitting fees. A portion of this savings from the water efficiency program is added to employee bonuses.[16]

For additional information on the Unilever case study, please contact Ella Lott at 770-382-8660 or Judy Adler with the Georgia Department of Natural Resources Pollution Prevention Assistance Division at 404-651-5120.