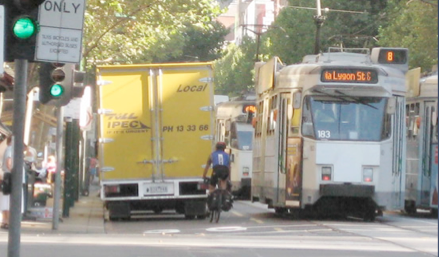 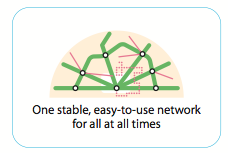 Our goal in this project is to investigate if Open Source software, as well as Open data formats such as GTFS, have advanced far enough to support a new approach to transport planning that is usable by small civil society organisations already advocating for better public transport planning in their city-regions. This could support a larger Transport modeling reform effort so that the design, structure and use of information systems used in transport planning better matches the goal of a more environmentally sustainable transport system.

One of the ways this project is being pursued is through an Action-Research project in Melbourne, Australia. This is a collaboration between User:PatSunter at the University of Melbourne, and several civil society organisations interested in future transport policy. For more background on this, see Melbourne Sustainable Transport Reform.

Integrated into all of these will be Evaluation and Reflection and review of the tools' effectiveness given the project's goals, and also on the challenges and using Open source software in small civil society organisations.

While particular details of our case studies can only be published at the discretion and timing of the collaborating organisations - we are keen to share as much general source code and knowledge as possible.

If others were interested in contributing :- I think a great thing would be to see public-transport oriented informatics platforms integrated with bike-oriented tools. This is possibly a very strong combination for a transport systems that includes both broad coverage, but low negative impact. Update 18/7/2013 :- OpenTripPlanner already contains very significant cycling support now using its integration with OpenStreetMap data. See for example their New York bike routing system in support of the City Bikes scheme there.

In this mainspace:
Main: OSSTIP
Talk: