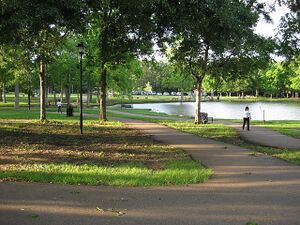 Mississippi ( (listen)) is a state in the Southeastern region of the United States, bordered to the north by Tennessee; to the east by Alabama; to the south by the Gulf of Mexico; to the southwest by Louisiana; and to the northwest by Arkansas. Mississippi's western boundary is largely defined by the Mississippi River. Mississippi is the 32nd largest and 35th-most populous of the 50 U.S. states and has the lowest per-capita income in the United States. Jackson is both the state's capital and largest city. Greater Jackson is the state's most populous metropolitan area, with a population of 591,978 in 2020.

On December 10, 1817, Mississippi became the 20th state admitted to the Union. By 1860, Mississippi was the nation's top cotton-producing state and slaves accounted for 55% of the state population. Mississippi declared its secession from the Union on January 9, 1861, and was one of the seven original Confederate States, which constituted the largest slaveholding states in the nation. Following the Civil War, it was restored to the Union on February 23, 1870.

Until the Great Migration of the 1930s, African Americans were a majority of Mississippi's population. In 2010, 37.3% of Mississippi's population was African American, the highest percentage of any state. Mississippi was the site of many prominent events during the civil rights movement, including the Ole Miss riot of 1962 by white students objecting to desegregation, the 1963 assassination of Medgar Evers, and the 1964 Freedom Summer murders of three activists working on voting rights.

From Wikipedia:Solar power in Mississippi

Solar power in Mississippi was an underutilized generation method, but an ongoing fast increase started in 2016. While the state had only 1.1 MW of grid-connected photovolatic capacity in 2015, there were 242.32 MW in 2019. Rooftop photovoltaics could provide 31.2% of all electricity used in Mississippi from 11,700 MW if solar panels were installed on every available roof.

Cooperation Jackson is an emerging network of worker cooperatives in Jackson, Mississippi, United States. It aims to develop a series of independent but connected democratic institutions to empower workers and residents of Jackson, particularly to address the needs of poor, unemployed, Black or Latino residents. The development of Cooperation Jackson was heavily inspired by the Mondragon Corporation in Spain, which is also a federation of cooperatives, and by historical cooperative movements as described in works by W. E. B. Du Bois and in the book Collective Courage by Jessica Gordon Nembhard.

Organizers behind Cooperation Jackson believe that a solidarity economy rooted in democratic principles is a core requirement of developing the community's capacity and vision in making meaningful change. The direct democracy of people's assemblies and local government electoral strategy are designed to both benefit and benefit from a strong cooperative system

Several cooperatives already exist as part of the Cooperation Jackson network. These include the lawn care business The Green Team, the organic vegetable farm Freedom Farms, and the print shop The Center for Community Production, which also operates a 3D printer. These cooperatives try to alleviate causes of poverty and discrimination while operating in an ecologically sustainable manner. A cooperative incubator exists, called the Balagoon Center. Cooperation Jackson also owns about three hectares of land which it operates as a community land trust.

Cooperation Jackson, The broad mission of Cooperation Jackson is to advance the development of economic democracy in Jackson, Mississippi, by building a solidarity economy anchored by a network of cooperatives and other types of worker owned and democratically self-managed enterprises.

How a rural Mississippi town created a new local economy to rebuild its Main Street, Feb 15 [1]

How Mississippi Banks are Disrupting the Cycle of Poverty, Sep 12 [2]