This page contains a detailed table of local flaps that can be used to reconstruct defects of the Lower Leg as well as free flaps from this donor site that may be used for reconstruction elsewhere in the body. 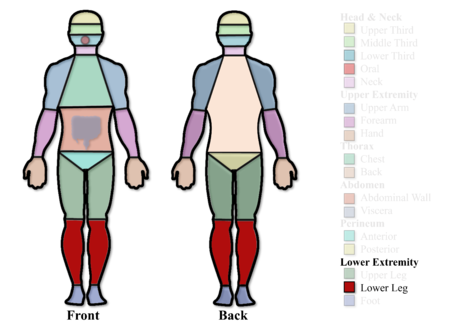 Self-assessment
Page data
Retrieved from "https://www.appropedia.org/w/index.php?title=Lower_Extremity_Flaps:_Lower_Leg&oldid=614628"
Cookies help us deliver our services. By using our services, you agree to our use of cookies.
Categories:
Maintenance categories:
Comments
Privacy policy · About Appropedia · Disclaimers · Mobile view · Content is available under CC-BY-SA-4.0 unless otherwise noted.
</html