Back Yard and Commercial Rabbit Production/5

Contrary to popular belief, rabbits do have a heat period. The following are signs of treat for a mature doe:

1. Reddening and swelling of the vulva.
2. Sudden decrease in feed consumption.
3. Rubbing of chin on side of hutch.
4. Riding on one another if in colony type of cage.
5. Restlessness; trying to gain entrance to neighboring cages and violently spilling water howl or cup.
6. Occasionally the doe will ride the buck when service is attempted.

NATURAL MATING is the best method. When ready for breeding, females will show reddening of the vulva. Deep reel coloration indicates the female will usually accept the male and conception should occur about 75 per cent of the time. Females may be rebred after their litter is 45 days old allowing a short rest period after weaning. Females in season should be introduced to the males cage. (Fig. 2) If acceptance does not occur within a few minutes, remove the doe and attempt to breed again in the late afternoon or the following morning. This timing method gives the highest conception rate- up to 90 per cent or more. 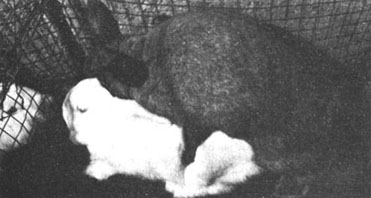 FIGURE 2 - Natural mating gives the highest conception rate - up to 90% or more if doe shows signs of heat.

FORCED MATING is the most time consuming in man hours and labor. This method requires that eligible females who do not immediately accept the buck be restrained by a caretakers so the buck can mate. Conception rate by this method will calve reach 90 per cent if the doe is in heat but, if there ate few signs of heat, the conception rate may be as low as 20 per cent.

CONFINED MATING for anywhere from several to 24 hours or days is hazardous to the physical well-being of the animals clue to their insistent fighting. Lack of knowledge on the part of the caretaker as to when or if conception occurred is also a disadvantage. Thus, it is impossible for the caretaker to prepare the doe for kindling and loss of young is frequent.

ARTIFICIAL INSEMINATION - Semen is collected from males and introduced to females by artificial means. This techniques requires experience for good success. At the present time, artificial insemination is not commonly used in rabbit production but may become the preferred method for commercial breeding operations in the future.