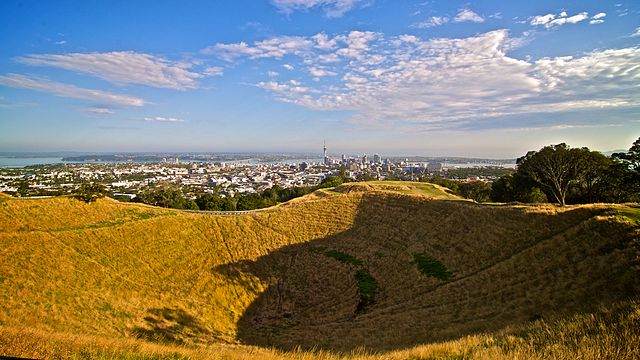 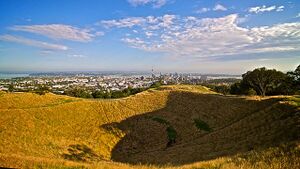 Auckland (Māori: Tāmaki Makaurau) is a large metropolitan city in the North Island of New Zealand. The most populous urban area in the country and the fifth largest city in Oceania, Auckland has an urban population of about 1,463,000 (June 2021). It is located in the greater Auckland Region—the area governed by Auckland Council—which includes outlying rural areas and the islands of the Hauraki Gulf, and which has a total population of 1,715,600. While Europeans continue to make up the plurality of Auckland's population, the city became multicultural and cosmopolitan in the late-20th century, with Asians accounting for 31% of the city's population in 2018. With its large population of Pasifika New Zealanders, Auckland is also home to the biggest ethnic Polynesian population in the world. The Māori-language name for Auckland is Tāmaki Makaurau, meaning "Tāmaki desired by many", in reference to the desirability of its natural resources and geography.

Auckland lies between the Hauraki Gulf to the east, the Hunua Ranges to the south-east, the Manukau Harbour to the south-west, and the Waitākere Ranges and smaller ranges to the west and north-west. The surrounding hills are covered in rainforest and the landscape is dotted with 53 volcanic centres that make up the Auckland Volcanic Field. The central part of the urban area occupies a narrow isthmus between the Manukau Harbour on the Tasman Sea and the Waitematā Harbour on the Pacific Ocean. Auckland is one of the few cities in the world to have a harbour on each of two separate major bodies of water.

Despite being one of the most expensive cities in the world, Auckland is recognised as one of the world's most liveable cities, ranking third in the 2019 Mercer Quality of Living Survey and at first place in a 2021 ranking of the global liveability index by The Economist. 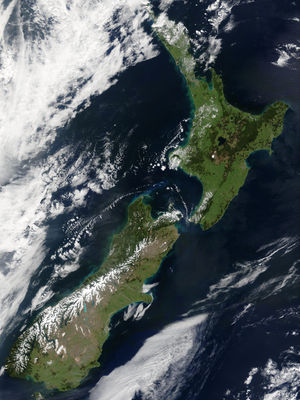 In 1998, the Kaipatiki Project was founded by a small group of Auckland residents who wanted to combat the effects of urbanization. These residents were concerned with the destruction of New Zealand's wild lands, and came together to restore native plants, clear weeds, and remove litter. As their efforts increased, Kaipatiki Project soon caught the attention of the local community. The organization soon secured funding for restoration projects, and volunteer numbers began to increase.

"Kaipatiki Project works to create a totally sustainable Auckland. We connect people to the environment, and each other, where they can take action to make a difference." - kaipatiki.org.nz

Tumeke Cycle Space, non-profit, community-run bicycle workshop in Auckland. It's a place where people can fix, build and learn about bikes in a safe and inclusive environment.