This paper presents the preliminary results of optical characterization using spectroscopic ellipsometry of wurtzite indium gallium nitride (InxGa1−xN) thin films with medium indium content (0.38 < x < 0.68) that were deposited on silicon dioxide using plasma-enhanced evaporation. A Kramers–Kronig consistent parametric analytical model using Gaussian oscillators to describe the absorption spectra has been developed to extract the real and imaginary components of the dielectric function (ɛ1, ɛ2) of InxGa1−xN films. Scanning electron microscope (SEM) images are presented to examine film microstructure and verify film thicknesses determined from ellipsometry modeling. This fitting procedure, model, and parameters can be employed in the future to extract physical parameters from ellipsometric data from other InxGa1−xN films. 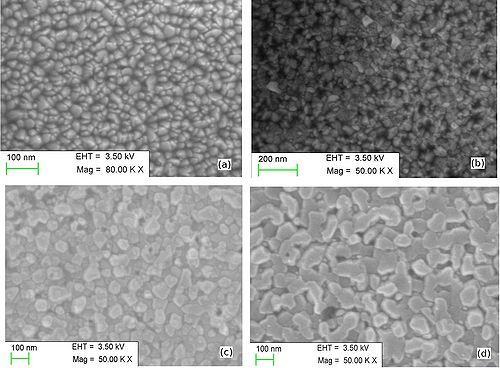 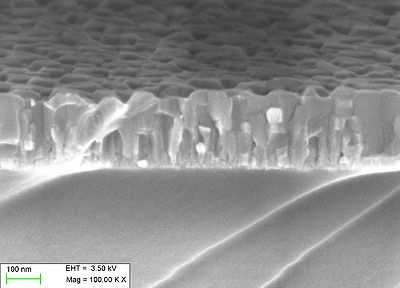 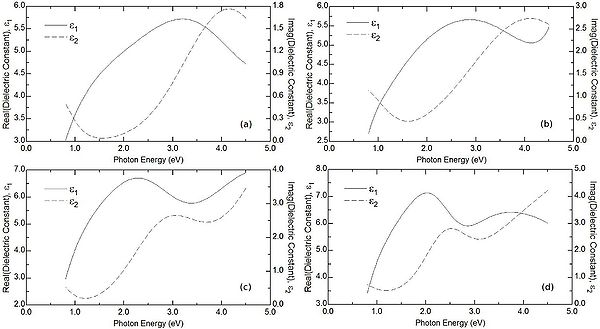