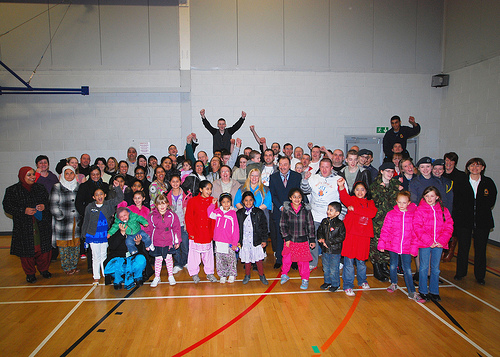 Democratising the governance of our food system[edit | edit source]

‘The daily choices we make about our food means that everyone who eats is a constituent in our food systems. But to truly create an equitable, inclusive and sustainable food system we also need to participate in shaping the policies and strategies that affect our food. That is the real food revolution: to sit at the democratic table, as ordinary people and active food citizens.’

‘National and local food policies should serve people – not corporate profit.’ In working towards this vision, the notion of communities having better democratic control of their food systems is key’
DAN ILES Global Justice Now (A People’s Food Policy consultation)

‘We need for a far more joined-up policy approach that truly integrates food-related policy areas and issues that are inherently interlinked and that have a profound effect on society.’

Our vision is of a future in which we collectively have strong democratic control and participatory governance over our food system. Food and policymaking takes an integrated approach and includes the active participation of a vibrant and politically engaged civil society.

In this future, our transition to democratic food governance has involved the development of new processes and new attitudes.

Reflecting the diverse range of experiences and realities of people in England, we are able to meaningfully participate in decisions that ensure our food system is just and sustainable. We have the power to influence the food policies and practices that affect our lives. Special attention is given to ensure that those most affected and marginalised in the food system are able to participate and have an active role in changing it.

The fragmented approach that previously dominated food policy has been replaced with a crossdepartmental and integrated strategy, able to address the complex and interconnected nature of our food system. The lobbying power of corporate agri-business had been curbed and our government institutions have become more transparent, accountable and accessible.

We have shifted from a market-based approach to a rights-based approach in the food system. The government has taken seriously its obligation to ensure that the right to food in England is being met by implementing it through legislative frameworks.

After the referendum vote to leave the EU in June 2016, there is little doubt that the food system in England will change enormously and unpredictably over the coming years. The extent of these challenges requires us to transform the way we think about, talk about and govern our food and farming system. This chapter therefore focuses on transforming two main problems with the governance of food: fragmented policy-making and a democratic deficit.

The fragmented governance of our food system and lack of co-ordination between departments and sectors has resulted in disjointed policy-making which offers little prospect for a joined-up and wellfunctioning food system. /25 The food system is shaped by policies related to public health, agriculture, the environment, the labour force, trade and international development and our financial markets. In England, policies originating from different government departments tend to be developed in isolation from each other, and there is currently no clear leadership or overarching framework to guide food policy. Currently food policies are formed by policy-makers working within narrow policy areas, taking into consideration the views of industry groups and scientific bodies who are often working within the same political and disciplinary silos. The disconnect between these departments has led to fragmented and contradictory policies that are having long-term negative impacts on our food and farming system.

At a national level, there are hardly any mechanisms in government to develop a holistic approach, integrating the different aspects of our food system into a joined-up policy framework. However, at a municipal level, Food Councils, Food Partnerships and Food Strategies are becoming more common, appearing in a growing number of cities including London, /26 Bristol, /27 Brighton, Plymouth, /28 Bournemouth and Leeds. /29

These bodies have demonstrated an approach that takes into account the overlaps and common interests between different issues at an early stage in the policymaking process. By doing so they can begin to create the coherence and synergies we need. However, a mechanism to properly link these forums with national policy-making is still much needed.

These approaches take into account the overlaps and common interests between different policy areas at an early stage in the policy-making process. However, these processes and local policies do not currently feed into central government food policy development. There is consequently no mechanism for food-related policies at local and national levels of government to be linked together to create clarity and co-operation.

Although the government has implemented individual right to food related policies (including, for example, a free school meals plan) it lacks an overarching rights-based food strategy to guarantee this right to adequate food for everyone through a domestic legislative framework. /33 The government currently has no action plan, indicators, benchmarks or time-bound targets to work towards realising the right to food. /34

Calls for, and progress towards, the right to food in the UK

In 2015, The Fabian Commission on Food and Poverty report Hungry for Change called for English, Scottish, Northern Irish and Welsh government leaders to ‘take responsibility for the duty of UK nations to respect, protect and fulfil the right to food, while civil society organisations should form an alliance to monitor government compliance.’ /35

The government is failing to ensure the right to food in England. In order to put the right to food and the mechanisms for its realisation at the centre of our food and policy, it is vital that a framework of domestic legislation is developed to protect and progress the right to food, and is accountable to and monitored by civil society.

In England, food policy-making processes are opaque and inaccessible, with hardly any opportunities for participation from civil society. Powerful private sector actors and special interest groups have privileged access to influence over policy-making. The lack of transparency around how policy decisions are developed and implemented limits public access to information about how our food system is governed and makes it very difficult for civil society to have any power to influence it, especially as there are very few mechanisms or suitable political platforms for full civil society participation.

Decision-making processes are generally limited to ‘experts’ and professionals, excluding people with lived experience and disconnecting policy from lived realities. The most marginalised people in society also have the least capacity to participate in consultations and policy processes. The apparent prioritising of largescale commercial interests over wider societal concerns disempowers people from feeling they can influence food policy. One example is in agricultural policy, where The National Farmers’ Union of England and Wales (NFU) currently has significant influence in the Department for Environment, Food and Rural Affairs (Defra) over food and agriculture policy-making, but represents only a small percentage of the farmers in England.[3] /38

At an international level, the Civil Society Mechanism (CSM) of the UN Committee on World Food Security (CFS) provides an innovative example of how to involve representatives from diverse food and agricultural constituencies in complex food policymaking processes. The CFS is an intergovernmental policy-making body, and the CSM autonomously facilitates civil society participation by providing technical support and co-ordination activities. It gives us an inspiring example of greater democratic involvement in food policy-making, which could inform similar initiatives at local, national and international levels.

Public consultations are currently viewed as tokenistic. Addressing the democratic deficit will ensure authentic and sustained influence on food policy decision-making at all levels. Creating democratic decision-making which enables different constituencies to participate [4] will enhance the legitimacy and efficacy of food policy-making, ensuring that it reflects a wide set of interests, is grounded in the needs of people and is based on an open and inclusive process. 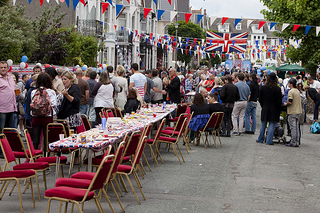 1.1.1 Create a Fair Food Act for England based on the right to food, agroecology and a food sovereignty framework.

1.1.1 (b) Commission a full independent review of current food policy. This would provide a basis to develop the Fair Food Act, and would evaluate which government departments and levels are involved in current food policy-making. This would involve evaluating the impact of the various policies and mapping out the current channels through which civil society actors can participate in food system governance.

1.2.1 (a) The structure and remit of each partnership should be appropriate to local needs and circumstances - whether in the form of a Food Policy Council, a Food Board or a Food Partnership - and, wherever possible, should build on existing bodies such as the 50 Sustainable Food Cities Food Partnerships that already exist in towns, cities and boroughs across the UK. Guidelines should ensure representation across food system constituencies and guarantee adequate participation of women, farmers and workers across the food system, people from marginalised backgrounds, those experiencing food insecurity, young people, and religious and cultural minorities.

1.2.1 (b) The Food Partnerships should consider all aspects of food culture and the food system, with a focus on tackling food insecurity, inequality and injustice and promoting health and well-being, a prosperous local food economy and improvements to the local and global environment.[5]

1.2.1 (c) Based on the policies, recommendations and strategies of the Fair Food and Farming Act, these Food Partnerships should be financially supported through central government funding to develop and deliver local good food strategies.

1.2.2 Establish a National People’s Food Policy Council (NPFPC). The council would enable public participation in the formulation of strategic policy for national level food and agricultural agencies in England.

1.2.2 (a) The purpose of the NPFPC would be to ensure that the active participation, values and concerns of wider civil society are at the core of policies developed and implemented through a Fair Food and Farming Act for England.

1.2.2 (b) The NPFPC would ensure representation and participation from the statutory FPCs (1.2.1), the food and farming sector, and civil society, to ensure integration between local, regional and national levels of governance.

1.2.3 Introduce public observatories, citizens’ juries and other deliberative methods on any major policy change that will affect our food system. This includes, but is not limited to, policies on trade agreements, health, work and welfare or controversial issues such as genetically modified (GM) crops. The government should be using the precautionary principle in implementation of the concerns highlighted by public consultations.

1.2.4 All farming unions and organisations must be invited to participate in Defra policymaking consultations. Small- to medium-scale farmers and agricultural workers must be recognised as key investors in agriculture and consulted as central actors in all food and agriculture policy-making.

1.3.1 Provide training to enable public officials to support and participate in inclusive food policy-making. This would allow public officials to better appreciate the needs and experiences of people who want to participate. It would also support them to acknowledge the ‘contentious’ nature of apparently neutral or technical decision-making. Such training would equip public officials with knowledge of the range of available techniques and opportunities for facilitating meaningful policy inclusion.